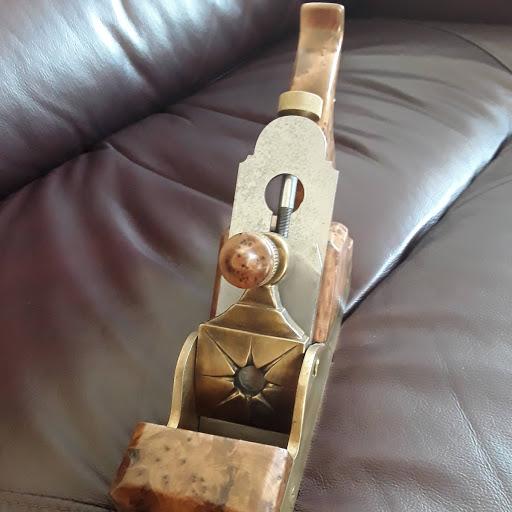 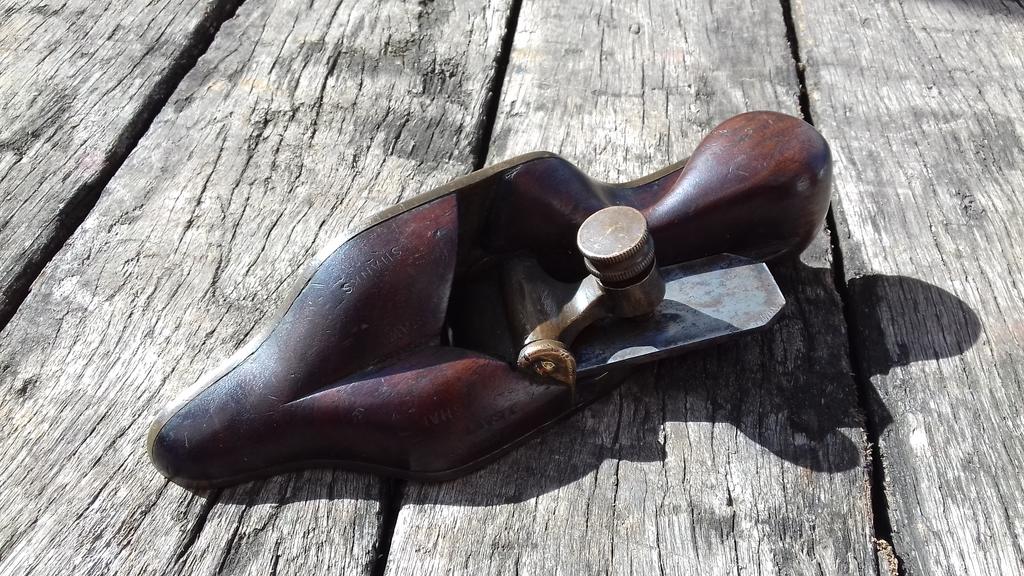 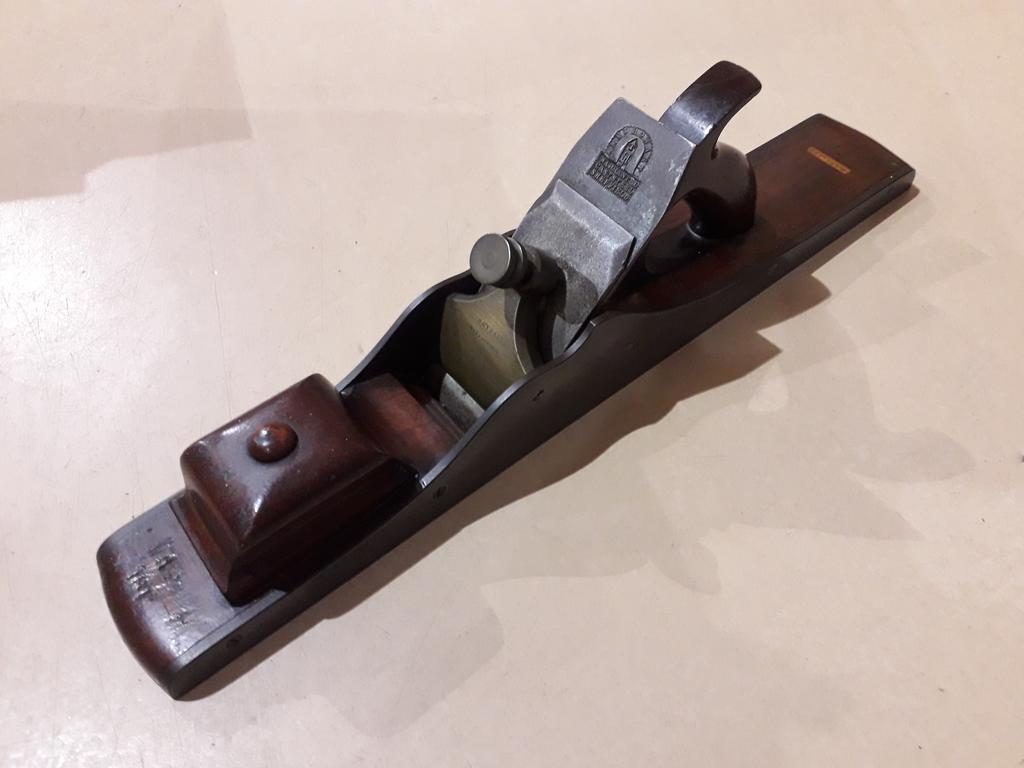 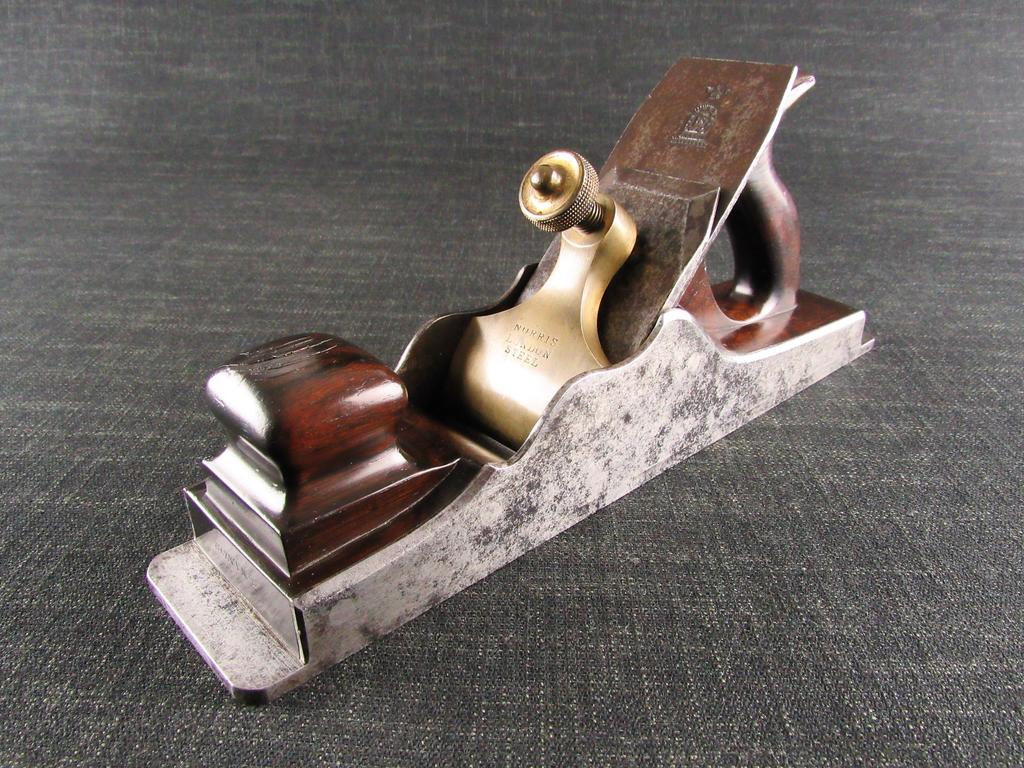 On first impressions this is a typical 13 1/2 inch dovetailed Norris No.1 panel plane with rosewood infill.  Closer inspection reveals some unusual features.The most obvious difference to other Norris panel planes is the mark on the gunmetal lever cap.  The usual Norris mark is of 'NORRIS' over 'LONDON' with…