A nice example of one of the rarest English moulding planes. 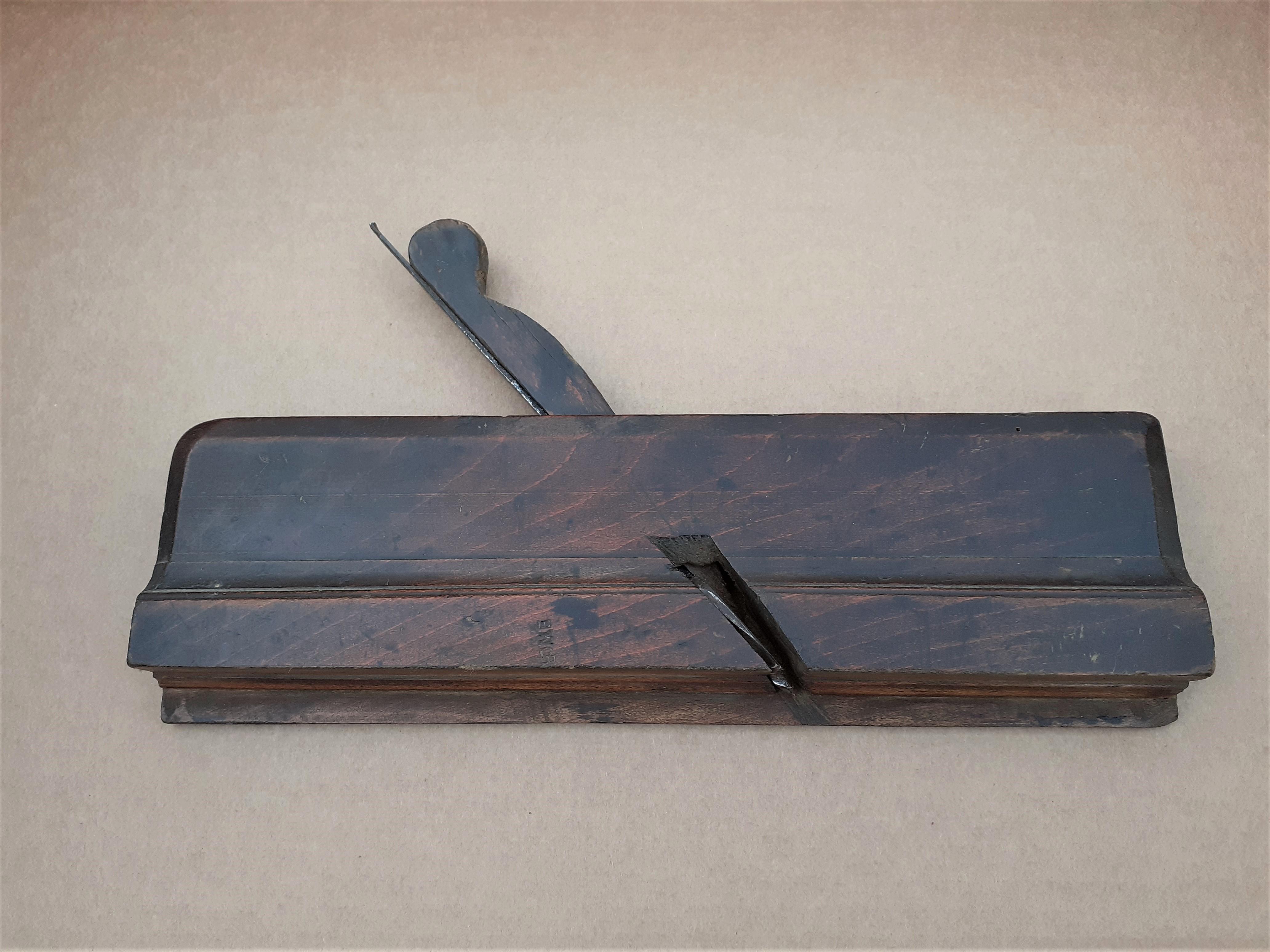 Ellis WRIGHT was apprenticed to Francis Purdew in 1706 and both men are probably best known for the similar maker's mark style found on their planes. 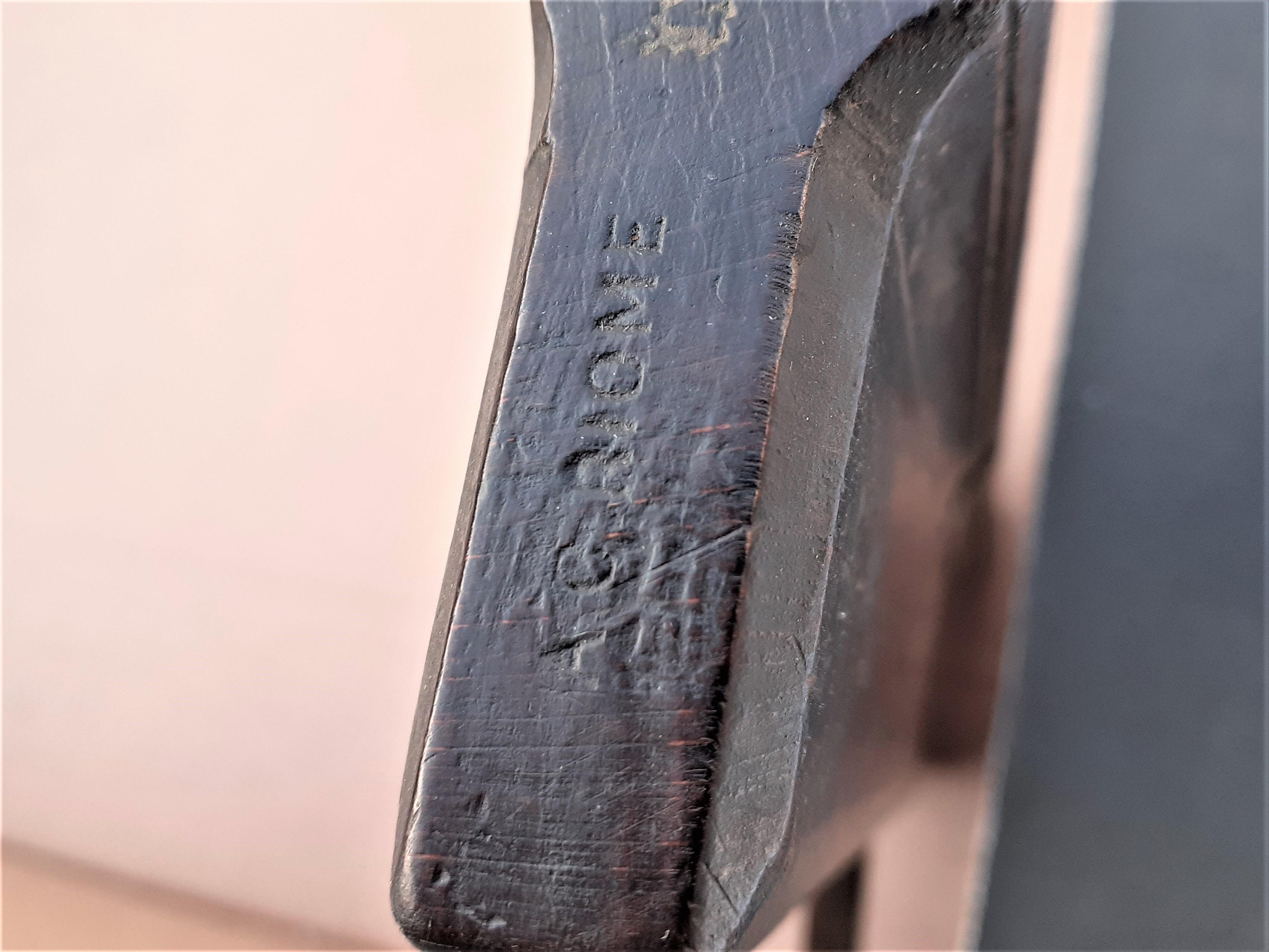 Both marks were oval and Purdew planes were marked on the side of the stock resulting in most examples being found illegible.  Purdew's mark reads 'THIS IS FRAN PURDEUS MAKE' and full credit must be given to the work of Don and Anne Wing in establishing the true maker of planes with this mark as Francis Purdew rather than Thomas Granford.

Ellis WRIGHT's mark reads 'THIS IS ELLIS WRIGHTS MAKE' and, apart from one known plane, is found on the toe making it legible for far longer than his Master's marks.  Although the mark on this moulding plane is not quite complete enough remains to confirm it belongs to Ellis WRIGHT. 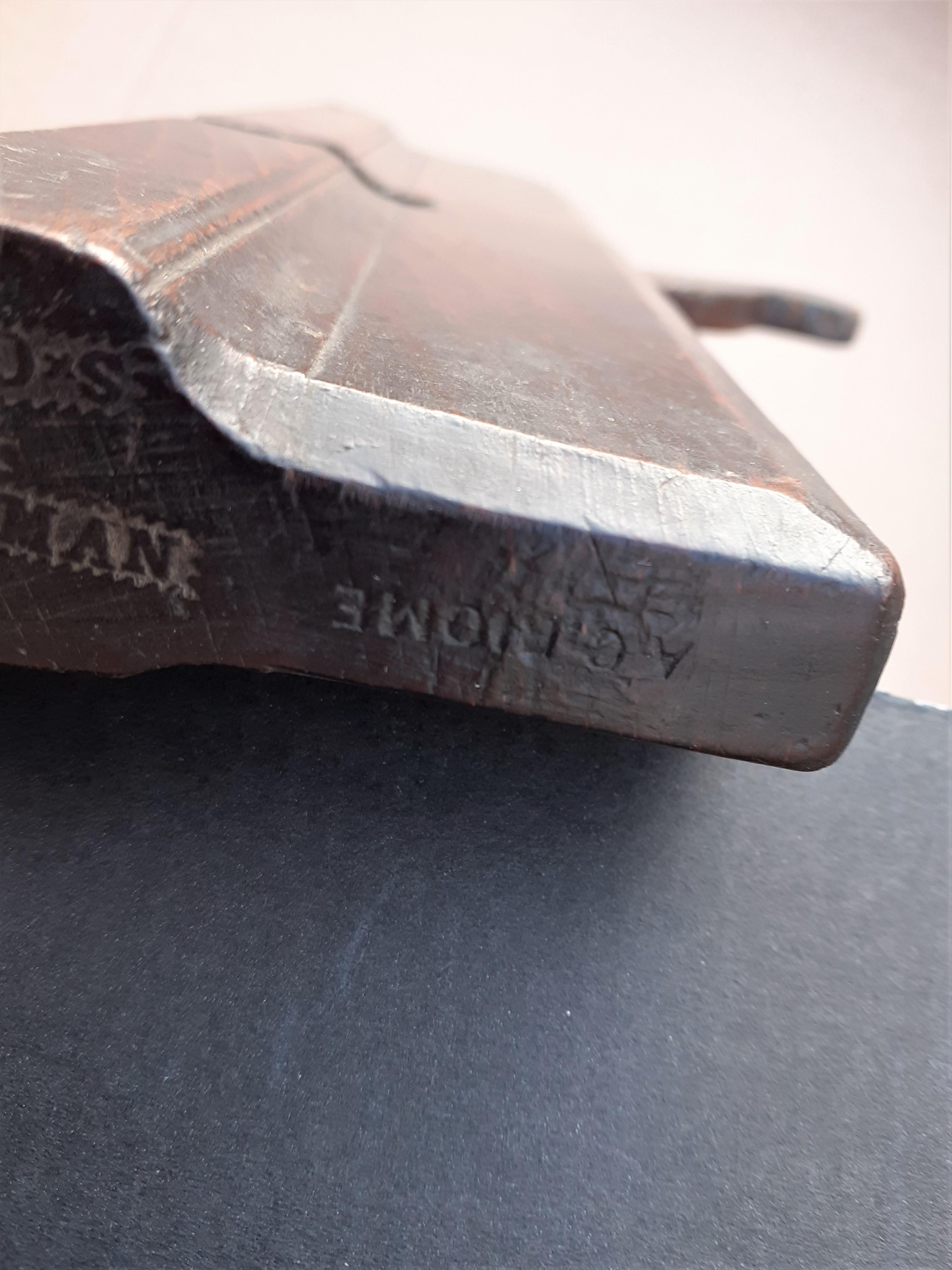 The plane has some wonderful early details, particularly to the shoulder, and retains its original wedge.  The iron is unmarked but may also be original. 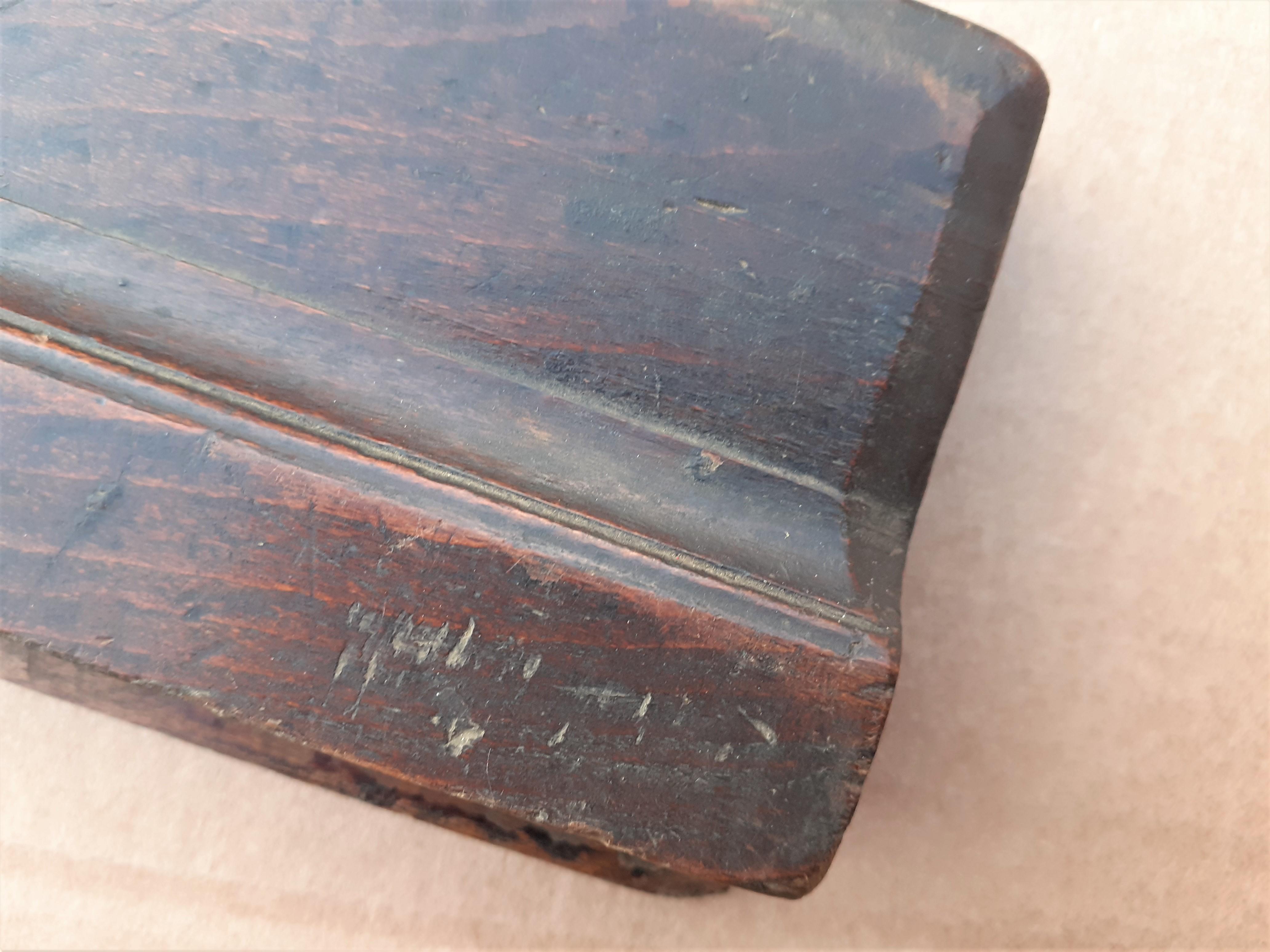 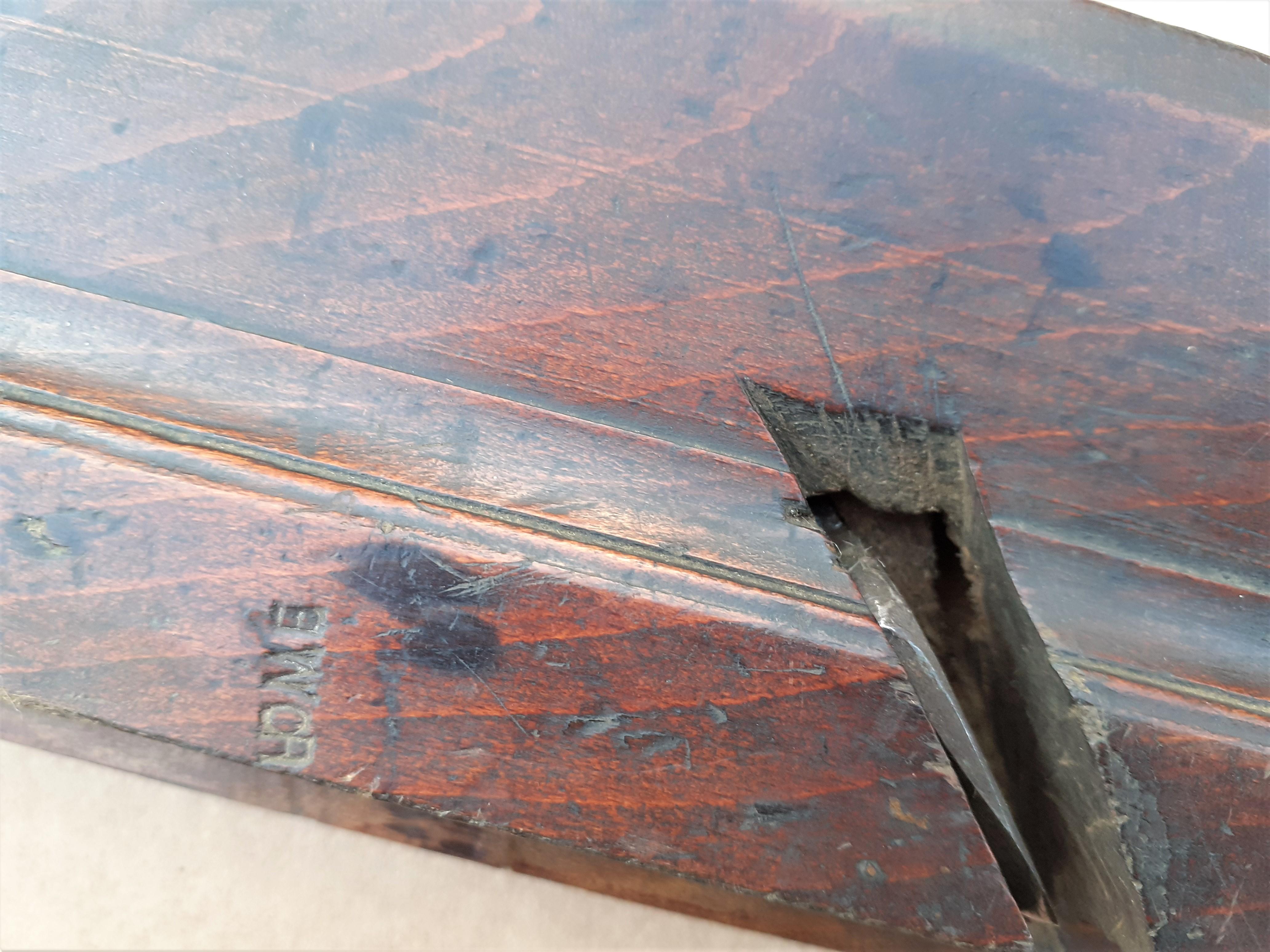 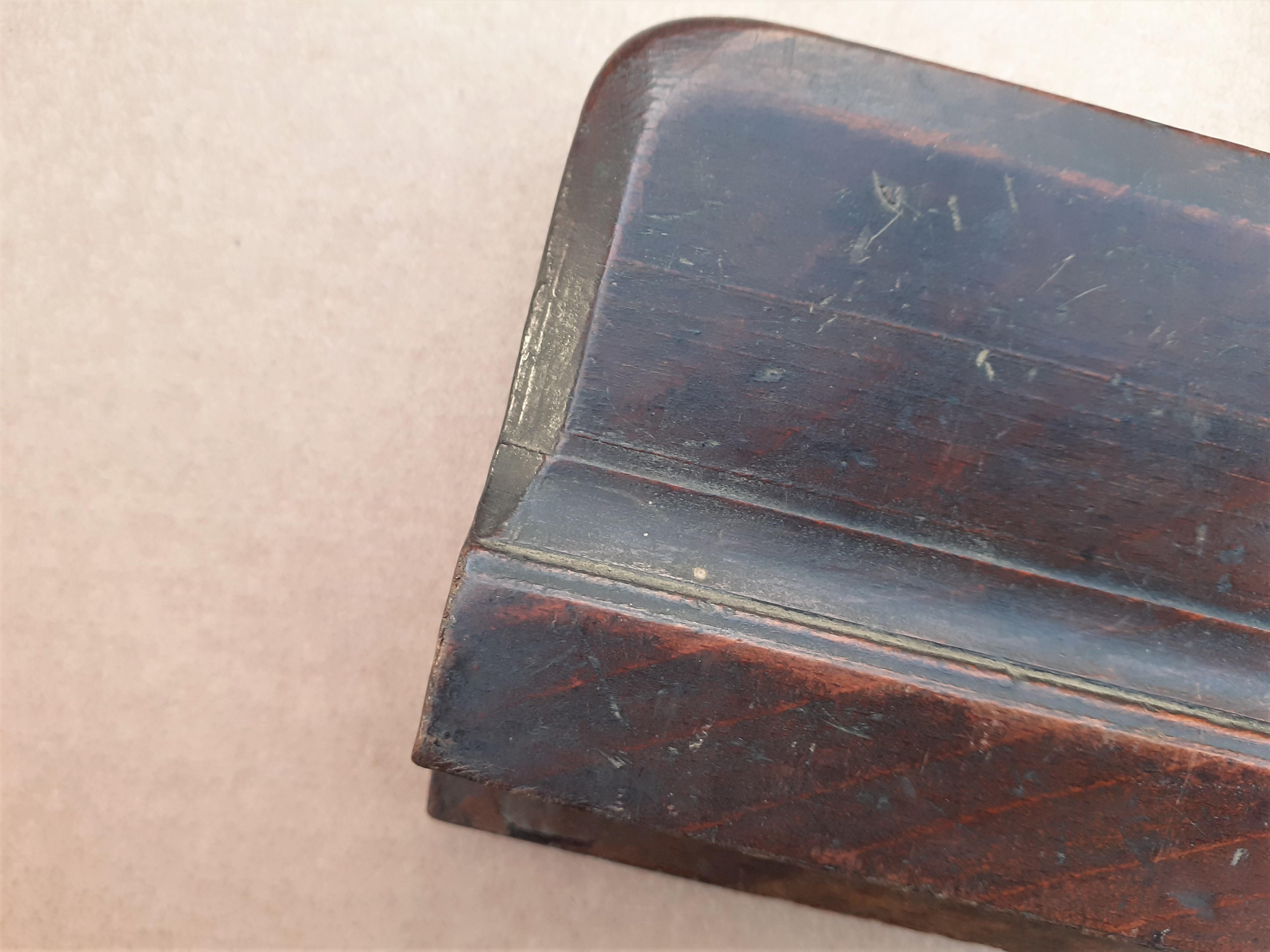 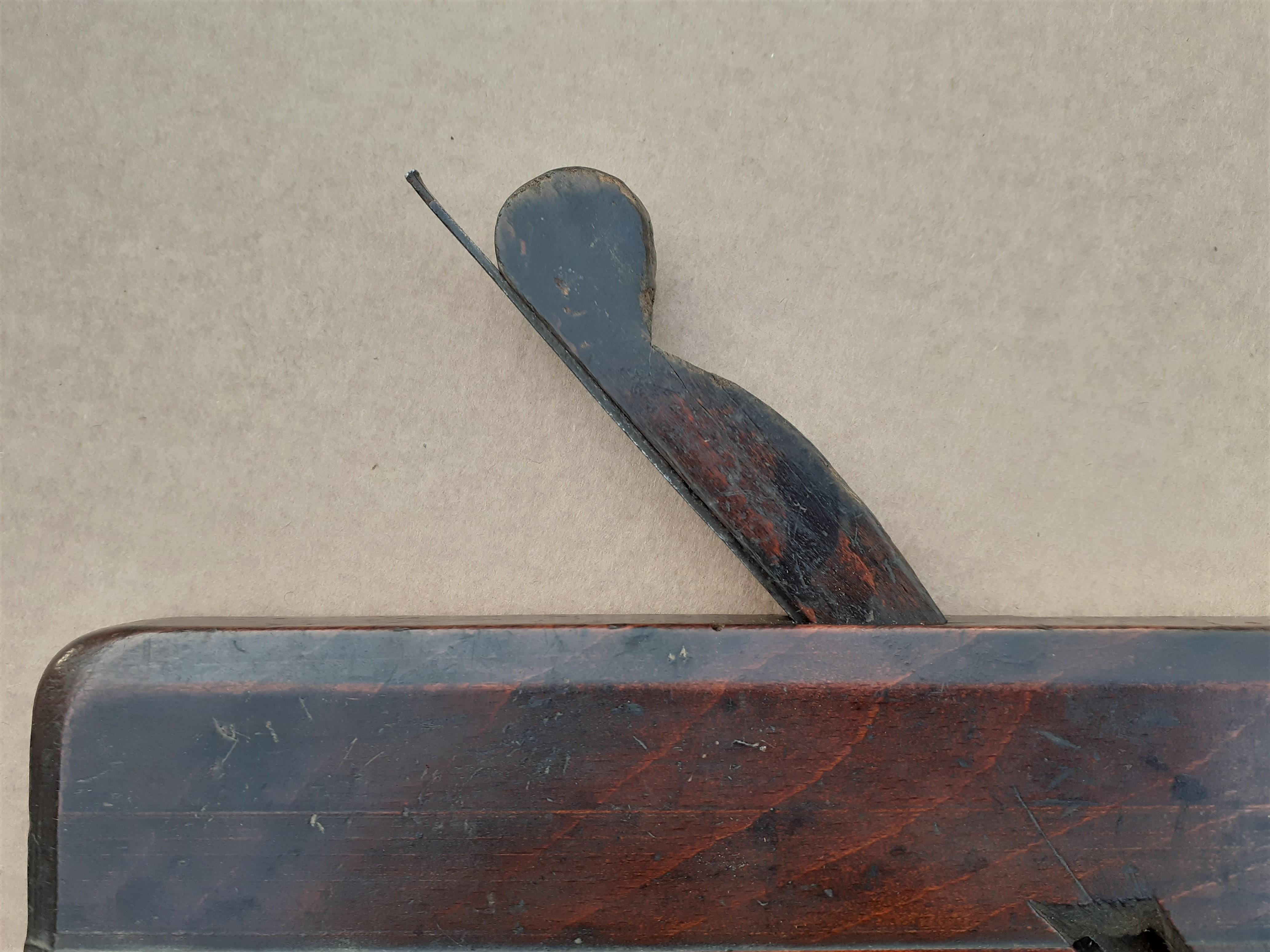 At a touch under 10 1/2 inches long and 300+ years old it is great that planes of such importance still turn up. 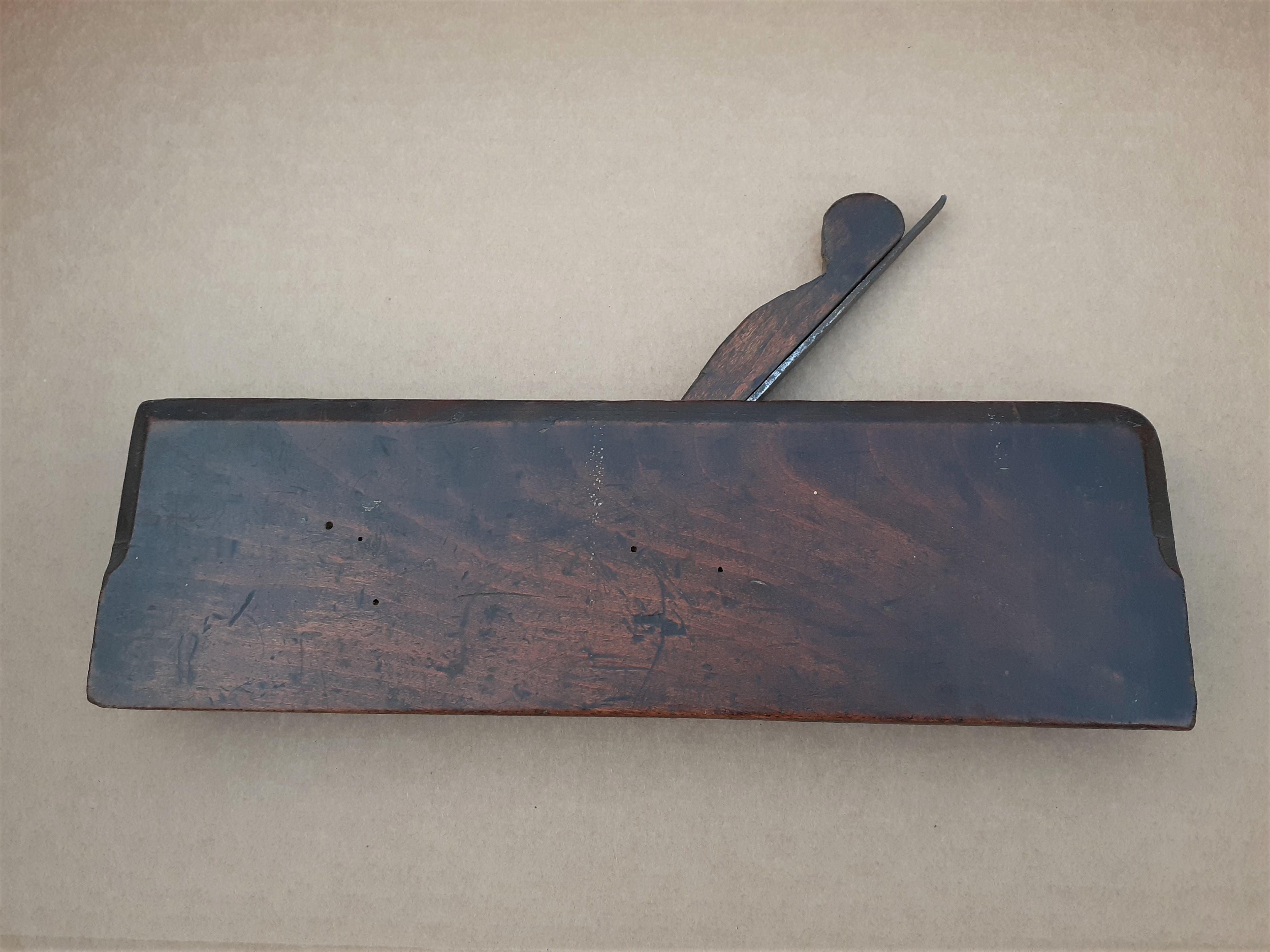 Currently in a private collection.